Journey to the Boardroom: Juggling Life & Career as a Woman Executive

Photo: Karen T. Cone (top left), one of five sisters, and her journalist parents, Seymour and Audrey Topping (seated left), who just celebrated their 70th wedding anniversary. This is the fourth installment in Karen’s Journey to the Boardroom series—read more about how failure, executive presence, and sponsorship propelled her career. 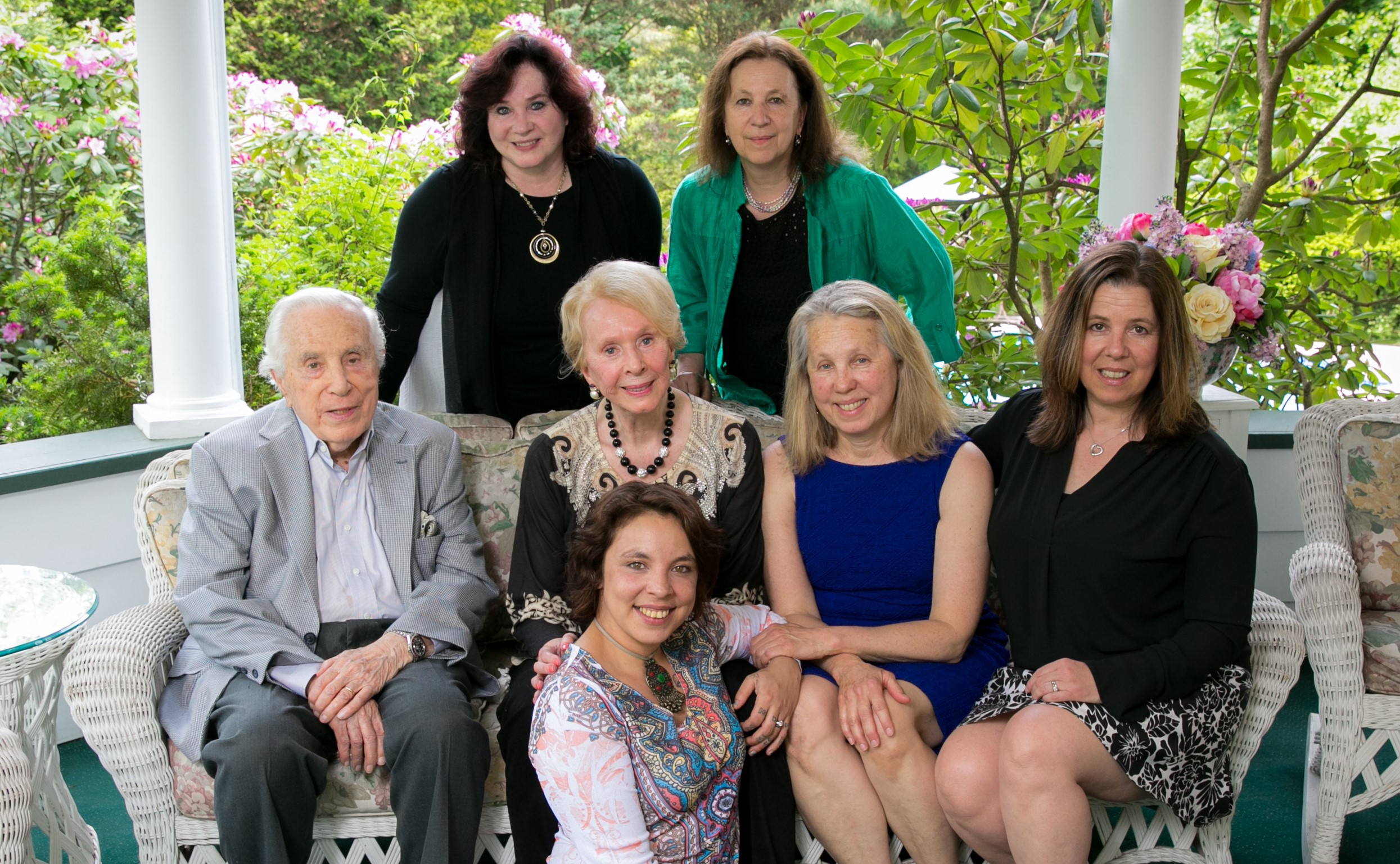 This is the fourth installment in Karen’s Journey to the Boardroom series—read more about how failure, executive presence, and sponsorship propelled her career.

The pandemic crisis has both day-to-day and long-range implications impacting us all. It is a signature event in our personal and professional lives. As we spend more time with ourselves and our family, many of us are examining our lives to date, the choices we made, and considering where our journey might go next. At moments throughout our lives, wisdom shared or an experience lived impacts our choices. Recognizing these special moments and applying these learnings is invaluable. To illustrate, what follows are some stories from early in my adult life that have informed my decisions and contributed to my life balance.

It has been over four decades since I made my first two life-changing choices—accepting a corporate job and getting married. I kept my career on track while, together with my husband, raising three sons (and we are now grandparents!) I could not be happier with my choices, yet like all paths chosen, we have had our share of rough times as well. I often get asked about the art of juggling career and family.

A ripple in a pond

I had just turned 21 years old when I graduated from college and started my first full-time job. I was a Sino-Soviet Studies major in college and could speak Russian. IBM was about to open for business in what was then the Soviet Union. They needed to bring on board people with my profile, so I joined the company. Prior to leaving the United States to work in the soon-to-be-opened Moscow office, I went through IBM’s regular training in a New York branch. IBM also assigned me a mentor from the newly-formed Russian operations.

I quickly discovered that my mentor, Alex, was “married” to his job. He worked constantly—late hours and rarely took a day off. He had a wife and a son, but he seemed to have very little time for them. He was brilliant at what he did, highly respected by his colleagues, and a high achiever in the company. Yet, from what I could tell, he had no personal life. Observing this, I began to think this would be the sacrifice I too must make to achieve success in my career.

Tragically and unexpectedly, one night Alex died suddenly of a heart attack. A large funeral was planned and many people came to the service and cemetery. I was among them. When the graveside service ended, everyone turned to walk back to their cars. Even while still on cemetery grounds and in view of Alex’s grave site just behind them, all became immediately immersed in business topics. I turned around and saw only two people still standing by Alex’s coffin. It was his wife and son.

It was alarmingly apparent that for all those colleagues who worked with and respected Alex, his death was like a pebble thrown into a pond—it caused a ripple that almost immediately disappeared. Yet to his family, the family that Alex largely ignored, he would always be a part of them, always missed, always regretting that they did not have more time to know him. I decided in that moment that I would find balance in my life. Even with a career, I would make time for my family—and when and if I got married and had children, they would matter.

For better or for worse… To love and to cherish …

Later that year, I had the good fortune to marry the man who I love and who is my soulmate. Over the years, we have had wonderful times and also have faced our share of hard times. For example, at times we needed to work in different parts of the world, we did not always agree on parenting practices, we had demanding careers, and sometimes struggled with distributing the workload evenly at home or whose job was more important.

We all learn lessons on how to cope with such challenges in many different ways and from different people. Role models may come from our personal or professional lives, or from history. My early role models came from home—my parents. They just celebrated their 70th wedding anniversary and both have had highly successful careers in journalism, while living in many parts of the world and raising five daughters. Shortly before my marriage, each of my parents took me aside to provide a few guiding words of wisdom.

I remember my Mom’s words as though they were yesterday. They shocked me at the time, and yet I grew to understand their significance. My mother said: “Karen, I love you very much. You can count on me and I am always here for you. However, if you have an argument with your husband don’t you dare come home to Mama! You stay in your home and work out your problems. Live up to your commitment, make it worthwhile.”

I recognize that there are situations where a marriage or relationship can’t or shouldn’t continue. However, my mother’s words worked for me. It reminded me that achieving what is most valuable in life often requires effort and commitment. Juggling career and family does add a lot of stress, nonetheless we strived to overcome—and, fortunately, we were rewarded.

I have also applied this lesson in other endeavors, for example when a strategic initiative goes awry. Before completely changing what appears to be a failing strategy, I quickly consider whether it is totally the wrong approach or whether we are just going through the inevitable “messy middles” which we need to push our way through.

My Dad gave me his own words of wisdom the night before my wedding. He called me into the living room and, sitting in his armchair, he very seriously said to me: “Karen, I know you have career aspirations. You are also choosing to marry a very independent man with his own ambitions. If you want to keep your marriage strong and perhaps have children too, you will need to understand that you and your husband won’t always be able to both go full steam ahead simultaneously. While still keeping career momentum, you need to find a way to take turns, to support each other, and to recognize that sometimes you will need to back off. And he too, in turn, will need to do the same.”

This advice from my father came as a surprise. As was quite common in my parents’ generation, during my childhood my father was fully focused on his career, leaving my mother to juggle childcare and any career aspirations. It took my father some time to recognize the mutual value of also growing my mother’s professional life. The wisdom he was passing on to me when I was 21 years old, my father had learned himself much later in life.

You may ask how realistic it is to keep career momentum while also temporarily slowing one’s trajectory if necessary to give your partner “a turn,” or because you are a single parent or need to care for elderly parents. Even during the times when I needed to focus more on family and back off a high visibility opportunity that required lots of travel and long hours, I never stopped learning and developing my capabilities. So when it was “my turn,” I successfully leveraged my learnings to make up for lost time and more rapidly accelerate my career progression.

Wisdom can come from many places and in many different ways, just look for it. Be open and ready to absorb the insights that power your choices and inspire you on your life journey. 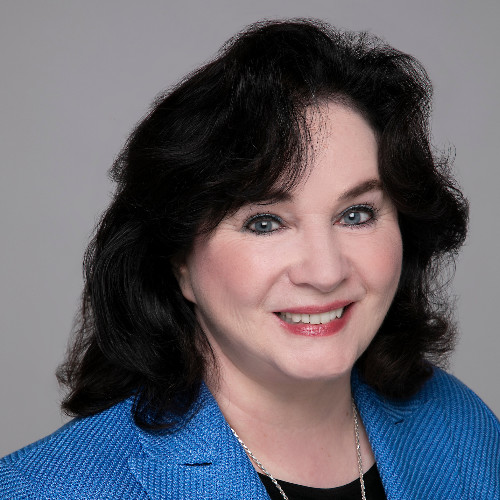 Karen Cone is the former General Manager of the Microsoft Worldwide Financial Services Sector, CEO and Board Director of the advisory research firm, TowerGroup, and SVP at Gartner where she also served on the Gartner International Board. Karen currently serves on multiple advisory boards and is a venture partner with the Mastersfund, focused on women founders in technology. She has also held executive positions with MasterCard and at IBM where she started her career on the market opening teams in Russia (then the Soviet Union) and China. She has lived and worked in the Americas, EMEA & Asia. Karen and her husband, Jeff, have three sons and four grandchildren and currently live in Seattle, Washington.

Right now, in boardrooms everywhere, the conversation is starting to shift.

Journey to the Boardroom: Juggling Life & Career as a Woman Executive

Photo: Karen T. Cone (top left), one of five sisters, and her journalist…

Rhonda currently serves as an executive at Centene Corporation, the board chair of…

Life on Demand: How 2020 Became the Year of Control