Getting Comfortable with and Pursuing Transitions

THIS EVENT HAS EXPIRED BACK TO UPCOMING EVENTS

As we crest a learning curve, change our personal circumstances, or simply yearn for something more, we are in a time of transition. This is a risky time, but getting comfortable with the worst-case scenario will allow you to enjoy the adventure. Join Athena member Stephanie Cuskley as she discusses major career and life transitions. Learn how to transfer your skills into your next leadership phase, how to scope your next opportunity (whether that’s a board seat, volunteering for a nonprofit, or starting your own venture), and how to make your next transition with confidence in this engaging salon. 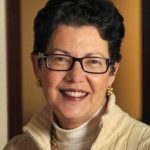 Stephanie Cuskley is the CEO of the Helmsley Charitable Trust, one of the largest foundations in the U.S., granting over $300 million annually. Headquartered in NYC, with an endowment of over $7 billion, Helmsley supports exceptional efforts in the U.S. and around the world in health and select place-based initiatives. Helmsley is one of the largest private funders of work in Type 1 Diabetes, Crohn’s Disease, and rural healthcare. Helmsley’s work in health also extends to Israel, Sub-Saharan Africa, and NYC. Appointed in late 2015, Stephanie brings more than 30 years of diverse management, investment and leadership experience from both the corporate and nonprofit sectors. Since joining Helmsley, Stephanie has launched a strategic transformation towards a focus on health and a programmatic focus on systemic change, thought leadership and high impact grant making. A confirmed believer in the power of personal leadership, Stephanie is helping Helmsley build a leading talent management approach that attracts and develops top foundation talent and enables them to work together as One Helmsley, thereby enhancing Helmsley’s ability to achieve its social mission. Stephanie began her career as an investment banker with Drexel Burnham and most recently with JPMorgan Chase, where she spent many years leading leveraged finance, as well as public and private equity offerings for a wide variety of U.S. and global corporations. In 2001, shortly after the merger of JPMorgan and Chase, Stephanie was chosen to help lead the firm’s global talent leadership and culture efforts. From 2009 to 2015, Stephanie was CEO of NPower, a national nonprofit creating pathways to economic prosperity by launching digital careers for military veterans and underserved young adults. Under Stephanie’s leadership, NPower attracted the support of tech industry leaders and executed a significant business turnaround and multi-location expansion across the U.S. and into Canada. Since 2005, Stephanie has served on the board of Aegion, Inc. a global public company providing pipeline services including the protection, rehabilitation, engineering, and design of infrastructure projects for a wide range of industries. She is currently chair of the Board having previously chaired both the Audit and Compensation committees and served on the Nominating and Governance Committee. In 2005, Stephanie was appointed by Michael Bloomberg to serve as a commissioner on the NYC Mayor’s Commission on Women’s Issues. As chair of the Economic Development Committee during her 9 years on the Commission, Stephanie helped launch several successful initiatives. Stephanie earned her BA from the University of Toronto and holds an MBA from Cornell University.

Getting Comfortable with and Pursuing Transitions