Going Public: The Pros and Cons of SPACs

Building your financial acumen and understanding the implications of a SPAC is critical to your journey as a board member or executive. Read on to understand what SPACs are, what you should consider as a private or public company executive or board member, and what the transaction really means. 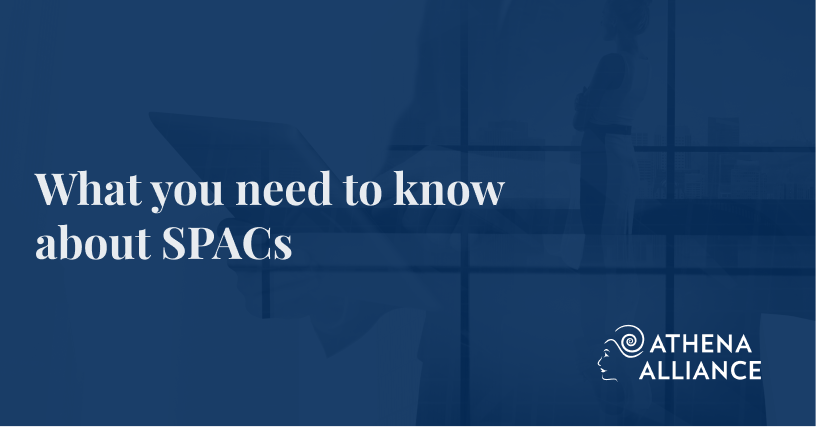 Building your financial acumen and understanding the implications of a SPAC is critical to your journey as a board member or executive. You don’t need to be a financial expert or a board director to have heard about SPACs (Special Purpose Action Company) as one pathway for taking a company public. In 2020, there were 494 companies that went public, compared to 242 in 2019 – impressive considering all of this occurred during year one of the Covid-19 pandemic. The popularity of SPACs played a large part in this massive increase; in fact, SPACs accounted for about half of the IPOs in 2020.

Athena Alliance held a Salon with Tamar Donikyan, partner at Kirkland and Ellis, dedicated to SPACs and the pros and cons of forming a SPAC to go public. Tamar practices corporate and securities law with an emphasis on the representation of publicly traded companies, and the formation, financing, and general representation of emerging growth companies. She has counseled the public and private clients in a range of corporate securities matters, including initial and follow-on public offerings of equity and debt, mergers and acquisitions, venture financings, SEC reporting, and compliance in corporate governance.

Read on to understand what SPACs are, what you should consider as a private or public company executive or board member, and what the transaction really means. If you’re a member of Athena Alliance, you can watch the Salon any time on-demand.

What is a SPAC?

According to Tamar, “A SPAC is a special purpose acquisition vehicle, it’s a public company, and it is a company with no business but simply a pool of money that has been gathered for the purpose of finding an acquisition target.”

A few key aspects of a SPAC:

How does the compensation work in a SPAC post-transaction?

The post-transaction management and board do not typically mirror the SPAC management and board. Throughout the business combination process, one of the key factors is a discussion of how many board members a SPAC will retain in the combined company.

“What does it mean to really do a SPAC transaction? The best way to think about it is that it is an acquisition and IPO all rolled into one,” Tamar explained. “And people will always think about or talk about the SPAC as being a more efficient way to do a transaction, that it’s a much quicker deal. That does not mean that we are cutting corners in any which way.”

How does an SPV differ from a SPAC?

An SPV is a Special Purpose Vehicle. According to Tamar, “an SPV is a transaction type that you use in private transactions. An SPV is typically not publicly traded, it is not owned by hundreds and thousands of people like a public company is.”

What happens when private equity groups exit via a SPAC?

Who is the sponsor of a SPAC?

A SPAC sponsor refers to the group of people that get together to form the SPAC. The members of the sponsor entity also become the directors and officers of the SPAC. They are the SPAC CEO, CFO, vice presidents, essentially the executive team of the SPAC entity. They are charged with sourcing the deal.

How is a SPAC different from an IPO?

Tamar notes that the due diligence involved in both deal structures is the same. She says, “A SPAC team will do the underwriter level of due diligence. A target company that is getting ready for a SPAC transaction is really not doing anything differently than they would for an IPO in that regard. You are still giving a full data room responding to a fulsome due diligence request list, having the SPAC sponsors review and check and confirm your customers, your suppliers, and other relationships, diving into your projection models, and also making sure that any of the covenants that are required for third-party consents of any transactions or anything like that are obtained as well.”

But there are benefits to the SPAC transaction, Tamar notes: the commitment of capital. “More often than not these days, we see that the SPAC transaction has a committed financing that is announced alongside a merger agreement. For example, if the merger agreement requires that there be 300 million dollars available for a deal to close, at the same time that the merger agreement is announced, there will be a committed financing from institutional investors that has a 300 million dollar number on it . . . Whereas an IPO, you really don’t know whether or not you’re going to get the interest of investors and the retail market.”

Your financial knowledge is critical as your rise in your leadership career, lead from the C-suite, or serve on a board. If you’re not a member, consider joining Athena Alliance today to access the most current business lessons from the world’s top leaders. 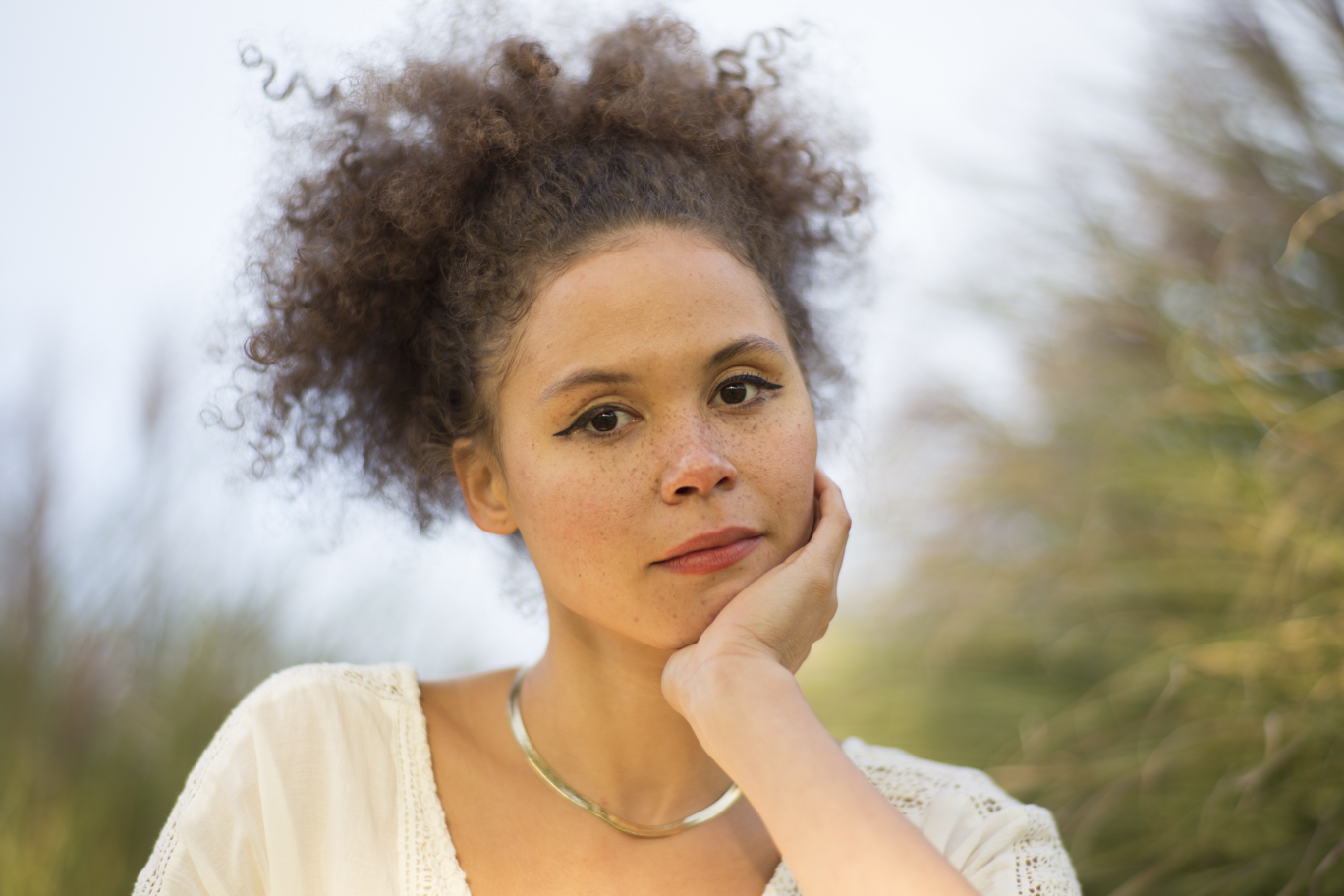 Gabrielle provides the critical human connection for our prospective members. She’s on call to answer questions and discuss our programs with leaders of all levels. She has a knack for building strong relationships and addressing any need that comes her way.

The Top Skills You Need to Reach the C-Suite

A pep talk for your board search: Tips from Athena Coach Britt Ide

Do you need motivation to start or re-energize your board search? Do you…

In today’s world – where innovation, in every sense, iterates rapidly and where…

The war for talent and the Great Resignation: Actionable tips from Talkdesk CHRO Laura Butler

Below, read the top articles from our blog in 2021, including insights on…