The terms manager and leader are often used to mean the same thing. But they are, in fact, very different; while they can come together in the same person, not all managers are leaders, and (more obviously) not all leaders are managers. 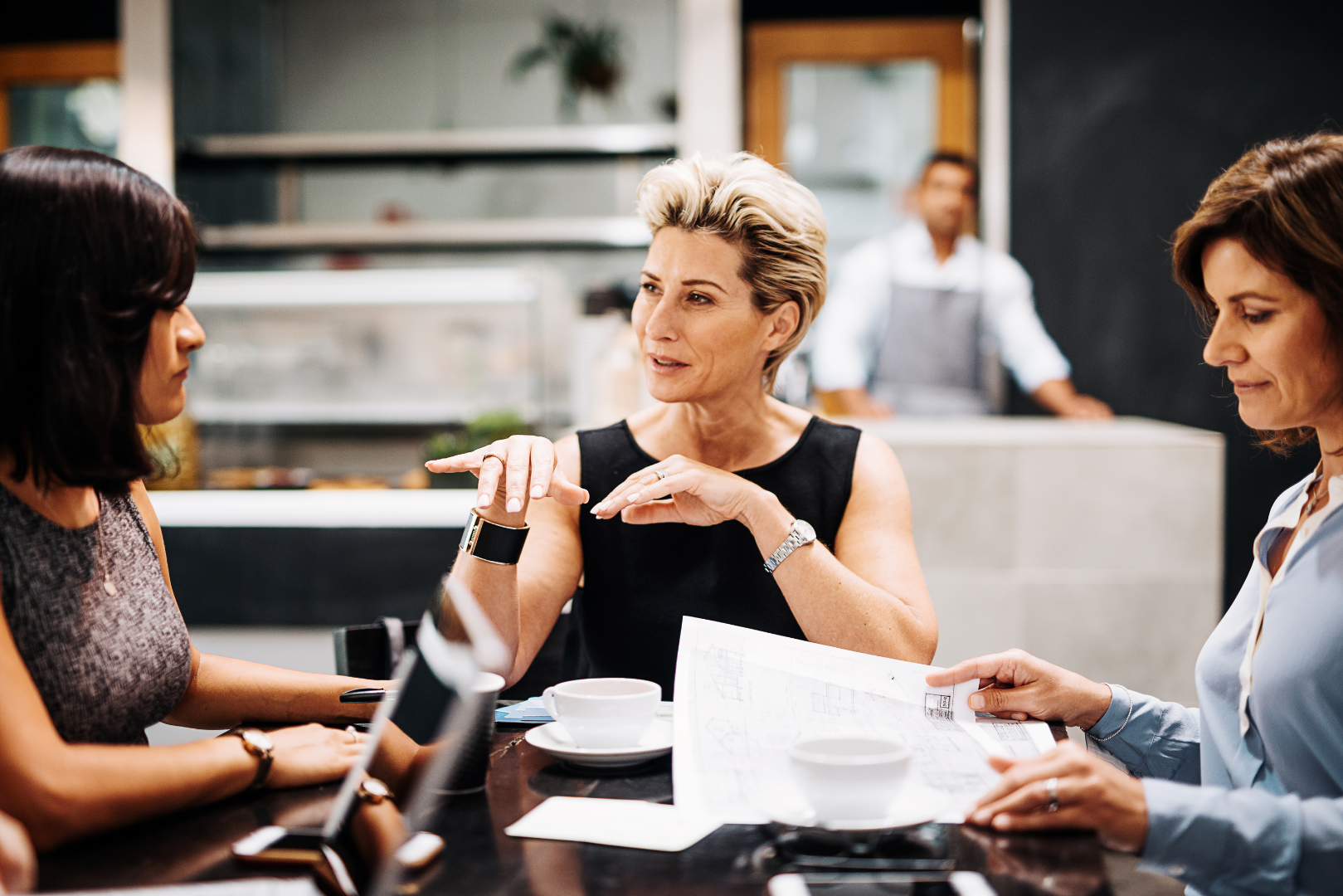 The terms manager and leader are often used to mean the same thing. But they are, in fact, very different; while they can come together in the same person, not all managers are leaders, and (more obviously) not all leaders are managers.

Everyone can be a leader. They don’t need to be a manager. Not every manager is a leader.

As I share my story, I want to focus on an aspect of leadership that is important to me: courage.

I started my career in tech as a software engineer, and my manager was my role model and my hero. I trusted him. I thought he knew everything.

He was a great manager: he managed and prioritized the work, he took care of the team, he reduced risk for the company and made sure that the team had the key skills that were needed. He also led by example: he had fantastic subject matter expertise, he had good judgment when it came to feasibility of projects, he modeled a good work-life balance, and more.

He was willing and happy to help the team deliver what was needed for the company.

And he really cared for his team.

The moment of truth

Some of the team actually felt sorry for him and thought that he had been put in an impossible situation.

I felt sorry for him too. I also felt uncomfortable. It took me a while to understand why: this was a very emotional situation, and our reactions were strong—ranging from anger, fear, sorrow, and frustration to relief. While this was certainly not his intention, the way our manager presented himself to us deprived us of what we needed most: an outlet for our reactions.

Whether my manager agreed with the decision or not, as a leader, it would have been his responsibility to commit to its implementation. What he did instead, was to portray himself as a victim of that decision, thus placing himself in the same situation as the team who were fearing for their jobs, and seeing their peers have to leave.

That is when I started to understand the courage and strength required to be a leader. And I knew that is what I wanted to become.

I had a lot to learn.

I learned that leaders have to make hard decisions, decisions that not everyone likes.

I learned that leaders can’t hide behind the decisions of more senior people.

I learned to be empathetic with people who were upset by my decisions. Being a leader is not always compatible with being liked.

I learned that I would make mistakes and take responsibility for them.

I recently had to find the courage to be the leader I wanted when a team member passed away unexpectedly. I had known him for a long time and was very shaken up. I was certainly not in a fit state to talk to his teammates, but I did it anyway. I could not hold it together. I cried. I wanted nothing more than to get out of that situation. But I knew that it was the right thing to do, and I would certainly do it again.

Where I am now

It took a while to acquire and refine those skills, and there is still so much more to learn. On my journey, I have become a better and stronger person. I have met some amazing people, and have received an enormous amount of support and encouragement.

There have also been some sad moments when I realized that not all of my previous heroes, the “leaders” I had looked up to for so many years, were true leaders. Those were tough moments that left me feeling lonely. There was no one with whom I could share my worries and fears. When team members were upset and angry with the organization I represented, I had to learn to deal with those emotions. But this is part of being a leader: learning to get support where it is available, and learning to cope when it is not.

I enjoy the variety and the challenges of my role as a leader. I enjoy making choices when there is no good solution. I enjoy achieving goals when working under tough constraints. Most of all, I enjoy seeing the next generation of leaders grow. I enjoy helping them through the same blocks that I worked through. Every day I am reminded that nothing is simple enough to be classified as right or wrong, and I enjoy the challenge of leading my team through that ambiguity.

I would not miss my journey for the world. I look forward to the next stages. Leadership is a journey that never ends, and I like it that way. 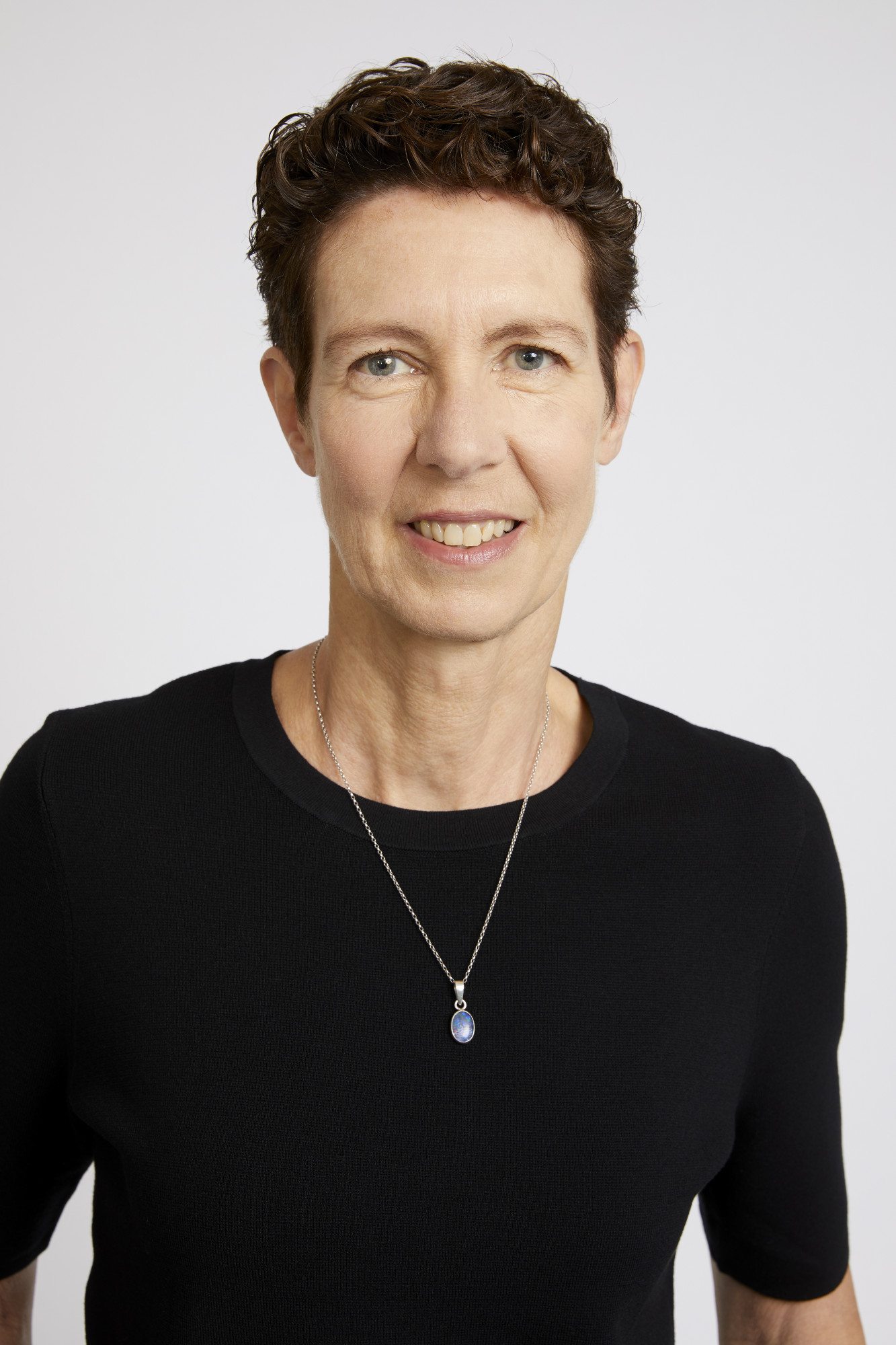 Susanna Holt is the vice president of Forge, the platform for Autodesk’s design and make functionality, where she leads a team of nearly 700 professionals on product strategy and development. She has more than 20 years of experience in the software industry with deep technical expertise in graphics and solid modeling and has contributed to the solid modeling kernel used by AutoCAD, Inventor, and other Autodesk software products. Susanna received her doctoral degree in mathematics from Heriot-Watt University in Scotland and her bachelor’s degree in mathematics from Johann Wolfgang Goethe-Universität Frankfurt am Main in Germany.

Each year I write a manifesto (not predictions!) focused on key themes that…