THIS EVENT HAS EXPIRED BACK TO UPCOMING EVENTS

The journey of a company from the decision to move forward with an M&A process and through closing is fraught with twists and turns. In this session, two highly talented advisors who will discuss the important role of advisors to the board during M&A, including when things don’t go the way you had planned. In addition to Carol Coughlin (moderator), Youmna Salameh, and Kimberly Petillo-Decossard will share examples of real world situations they have experienced and how they helped boards navigate them. This is a session not to miss! 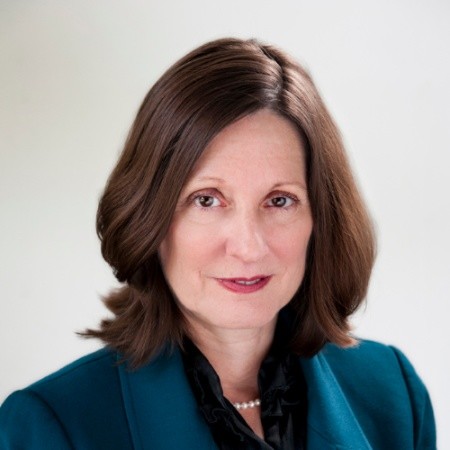 Carol is an experienced public company board leader, board and audit committee chair, and is highly skilled in corporate governance, including board refreshment, strategic alternatives and M&A for growth and highly regulated companies. She is a Board Leadership Fellow (NACD) and sits on the boards of the University of MD Medical Center and Trusty Care. Following an IPO and after nomination to board chair, she led the board through acquisitions that doubled the size of the company, followed by a merger with a larger company. A qualified “financial expert”, she is an accomplished healthcare CFO with a track record of achieving profitability through growth, highly successful turnarounds and M&A. She is known as an energetic, collaborative leader and a quick learner in both organizational and board settings. In 2006, Carol launched BottomLine Growth Strategies, Inc., a growth advisory firm helping CEOs of privately held companies to transform enterprise value through best practice financial and operations strategies. Carol is a graduate of Loyola University in MD (MBA) and Towson University (BS Business), is a Board Leadership Fellow (NACD), and a Certified Public Accountant. 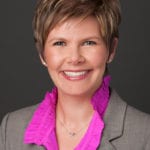 Kimberly advises corporations, boards, private equity firms and family offices on complex business law matters, focusing on mergers and acquisitions and other strategic transactions. She also advises on acquisition finance, growth equity and other minority investments, governance, disclosure and compliance matters. Named one of 2020’s “Most Influential Women in Mid-Market M&A” by Mergers & Acquisitions magazine, she is also recognized as Highly Regarded by IFLR1000 and a Leading Lawyer by The Legal 500 with one client remarking, “Kimberly is terrific, she is a practical leader focused on executing transactions for her clients.” Kimberly was named among the Notable Women in Law in 2020 by Crain’s New York Business and in 2018 she was selected as a Rising Star by the New York Law Journal and an Emerging Leader by The M&A Advisor. In 2020, Kimberly was shortlisted for IFLR1000’s Lawyer of the Year: M&A. Kimberly has experience practicing in a variety of industries, including: biotechnology, energy, financial services, health care, insurance, manufacturing, media, pharmaceutical, retail and technology. Current representations include 1-800-Flowers, Arch Capital Group Ltd., Broadridge Financial Solutions, Dyadic International, Inc., Envigo RMS Holdings, ICON plc, North European Oil Royalty Trust, Parkland Fuel Corporation, Trans World Entertainment Corporation and other privately and publicly-held companies. A highly-sought speaker and author on M&A, transactional matters and corporate governance topics, Kimberly has written pieces for The Deal, Corporate Board Member magazine and Directorship, a publication of the National Association of Corporate Directors. She has both moderated and spoken on panels at The Deal Economy Conference in New York, served on a panel sponsored by the ABA’s Women in M&A Task Force, moderated an M&A discussion at BIO’s CEO Conference and co-chaired Thomson Reuters’ NY M&A Forum, among others. Kimberly co-chairs Cahill’s Business Development Committee, serves on Cahill’s Women’s Initiatives Committee and also serves on the Association for Corporate Growth (NY) Women of Leadership committee, which focuses on facilitating connections among women leaders in the deal-making community. Kimberly recently founded the Women’s Leadership Initiative (“WLI”) at Albany Law School and chairs the WLI Advisory Committee. Kimberly also serves on the Board of Trustees and Dean’s Leadership Council at Albany Law School, the Board of Trustees at Tuxedo Park School and New York-Presbyterian’s Leadership Council on Children’s and Women’s Health. She has previously served on the Leadership Advisory Committee of the National Women’s Law Center and the Board of Directors of PowerPlay NYC, a non-profit dedicated to advancing the lives of girls through sport.

Ms. Salameh is a member of Houlihan Lokey’s Board and Special Committee Advisory practice, where she focuses on public company special committee representations. She has deep expertise in M&A, financing, and special situations involving controlling stockholders, related-party dynamics, inbound offers, and dual-class stock structures. Ms. Salameh specializes in helping clients navigate complex situations and conflict-prone transactions involving the need for heightened sensitivity around corporate governance considerations. She also serves on the firm’s Fairness Opinion Review Oversight Committee. Ms. Salameh has more than 15 years of experience in advising companies in a variety of situations, including mergers and acquisitions, capital raises, recapitalizations, and strategic alternatives assessments. Prior to joining Houlihan Lokey, Ms. Salameh was a member of the Financial Sponsors & Leveraged Finance Group at UBS Investment Bank, where she structured leveraged buyouts and recapitalizations. Before that, she held Financial Analyst positions at Houlihan Lokey and Barclays Capital. Ms. Salameh graduated cum laude with a B.S. in International Economics from Georgetown University’s School of Foreign Service and holds an MBA from Harvard Business School.