The Role and Value of an Advisory Board

CEOs are often tasked with achieving their goals with minimal resources. Having a team of experts on-call to advise and guide can be essential for your company's growth and market credibility. The board of advisors provides feedback on existing or future products and services, as well as a safe place for the CEO or executives to develop new ideas. It can also provide a stepping stone to a board directorship.  Karen Cone serves on multiple advisory boards, is a board director, and is a former CEO and corporate executive. Join this engaging discussion as she shares her experiences and learnings on the role and value of an Advisory Board. 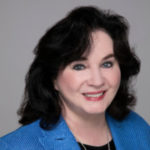 Karen Cone is the former Microsoft General Manager of Worldwide Financial Services, CEO and Board Director of the advisory research firm – TowerGroup, and SVP at Gartner where she served on the Gartner International Board. Currently, Karen serves on multiple Advisory Boards for early stage growth companies in Hi-Tech and FinTech and is a venture partner with the MastersFund, which focuses on women-led firms. Earlier in her career, Karen held executive positions at IBM and MasterCard. Karen has managed P&L’s from $25 million to $6 billion and led cross-functional, direct and matrixed teams worldwide with up to 2000+ people. She was engaged with IPO’s at Gartner and MasterCard. Her global business acumen and multi-cultural intelligence is gleaned from opening markets in the Americas, EMEA & Asia and living in the UK, Germany, Russia, France, Hong Kong, Taiwan, Japan and US. A visionary who effectively operationalizes complex strategies and delivers high-impact outcomes. Recently, Karen has been a leader in Microsoft’s transformation to a Cloud and AI, customer-centric organization. She has a consistent track record as a change agent who is realistic and bridges business and technology. Karen’s expertise includes financial services, digitization, Cloud, AI, FinTech, opening new markets, new business models, and identifying and developing talent, some examples include: • Grew multi-billion-dollar Microsoft financial services revenue 8% - 12%/year for 7 consecutive years; • Led breakthrough Cloud initiatives with 60 financial regulators and chaired the Financial Services Cloud Advisory Council, which included 14 global systemically important financial institutions; • Scaled TowerGroup banking, payments, capital markets and insurance research and advisory services globally growing revenue at 16% compounded rate vs. 9% industry average. Successfully sold TowerGroup to CEB, which was subsequently acquired by Gartner. • Leadership role in 10X revenue growth and global expansion of Gartner starting from $100M at IPO; • Merged multiple acquisitions and created a new gartner.com, which became and remains the primary client delivery channel; • Held strategic and operational roles diversifying MasterCard lines-of-business in preparation for IPO. Karen launched her career with the first IBM market opening teams in the Soviet Union (now Russia) and the People’s Republic of China. At IBM, she also conceived and deployed a new economic model for IBM’s multi-billion-dollar software business, that was key to revitalizing the mainframe server market, after gaining CEO Lou Gerstner’s commitment. An accomplished and recognized speaker, Karen has regularly presented at major industry events. She is published in trade and industry journals and is active with the National Association of Corporate Directors, Women-in-Cloud, and the Athena Alliance which focuses on gender parity in the boardroom. Karen has a Bachelor of Arts degree in Sino-Soviet Studies from Franklin and Marshall College and an Honorary MBA from Yunnan Normal University in China. She completed the Directors’ Consortium of the Tuck, Booth and Stanford business schools, and the Women Board of Directors Development Program at the University of Washington Foster School of Business.

The Role and Value of an Advisory Board

To access this event, choose one of the options below.

Not a member? Join an event or two on a trial basis. Contact us at [email protected].

Not an Athena member?

Join a powerhouse community of executive women and gain support in every aspect of your senior leadership career.